Rolf Yngve grew up in a household of readers in Plymouth, Minnesota when cars had carburetors, kids had three pairs of shoes, and ice skates were entertaining for boys and girls. He attended the University of Minnesota sporadically from 1969 to 1971 where he met the poet John Berryman who was very polite when he told him to write something other than poems. After being drafted into the Army early in 1970, he managed to talk the Navy into taking him instead. Thirty-five years later, he retired from the Navy as a Surface Warfare Officer after holding ranks from seamen to captain.

Rolf studied writing at the University of Utah, Old Dominion University and completed an MFA through the Warren Wilson MFA for Writers Program.

He has published short fiction in many journals and his work has been anthologized in Best American Short Stories, 1979, Sudden Fiction and others. Dog Watches is his debut collection of stories.

He lives in Coronado, California, across the highway from the Silver Strand Beach with his spouse, Sharon Shelton, Captain USN (ret) where they surf, sail, and try to do good. 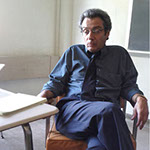 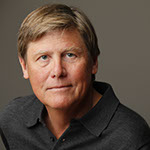