At sea, the four-hour watch at the end of the work day is cut in half to make two dog watches.

These stories are shortened from the lives of the men and women who stand the dog watches, the moments when their decisions define them and shape the lives of those in their care. A former commanding officer finds himself powerless when he confronts young woman about to leap from a bridge. A captain blames his second in command for the crazy decision he makes that ends his career. A heroic young woman discovers the deep tragedy of trafficking. An officer pursuing his duty makes a fatal error that defines his entire life. The inventory of dead sailor’s locker haunts a young officer’s first hours on board and the life of his ship. The illicit affection between beloved captain and a shipmate is discovered after a near tragedy.

The stories of Dog Watches come from seas where duty and service are lashed by desire, doubt and human frailty. From his thirty-five years in the Navy, Captain Rolf Yngve has created compelling reading for anyone struggling with the deep demands of civic duty and personal responsibility found in 21st Century America. 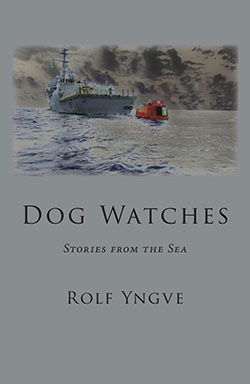