This cover is also based on a Colden image, and was the second cover I made.

It's the back of the Colden house, from the deck, shot with a super wide angle lens.

It was meant to suggest an outside-looking-in feeling. There was a bit of Photoshop work on the right hand side, where there was a large lit window that I didn't want there. In some trial versions, I took away the large plant. But in the end, I liked having it there.

Although this was a very early cover for me, it taught me that a wide angle lens produced an image that "opened out" towards the right hand side of the cover thus, in my view, inviting the reader to open the book. I've used this technique in a few other covers. 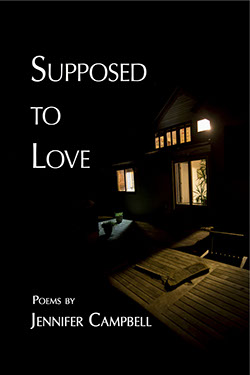