After twenty-five years in the United States, an immigrant loses his home and all personal documents and keepsakes from his childhood to a wildfire. Shortly thereafter, his marriage breaks apart and leaves him without witness to the years spent in the New World.

The novel follows Cal, the protagonist, on his travels across the country as he tries to reconnect with lost loves, discarded friends, and estranged mentors.

It's a meditation on belonging, identity, memory, and on the stories we tell ourselves and others about who we were and who we have become.

"An extraordinary portrait of a man full of desire and grief and unsated ambition who searches for himself in the towns of his past and discovers something more shadowy, more mysterious than memory. Stefan Kiesbye’s But I Don’t Know You is gorgeously honest and emotive, precise and perceptive."

Corinna Vallianatos, author of The Beforeland

But I Don't Know You 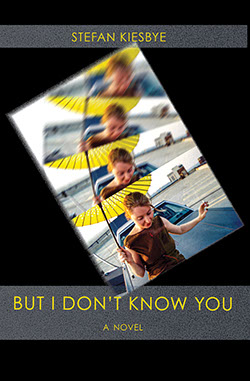