Next Door Lived A Girl is set in Wedersen, a working-class town in post-World War II Germany. It explores the dark transformation of young boys into young men. The town's veneer of peaceful industry barely conceals the ugly secrets that lie beneath. Moritz and his friends make a dangerous discovery that pulls them into a war with a rival gang, into the ruthless and cunning world of blackmail and consequence, and, ultimately, into a cascading series of events that will change the nature of their friendship, and their lives, forever. Written with an uncommon starkness and poetry,  Next Door Lived A Girl is destined to find its place in the canon of great novellas.

"Next Door Lived A Girl is both laconic and feverish, with German adolescent boys poking their sometimes violent way into the world. The violence here is somehow both surprising and inevitable. The novella has a fascinating combination of everyday domestic life and subsurface violence, and Stefan Kiesbye is to be praised for this quietly eloquent tale, this mixture of the horrifying and the everyday."

"Kiesbye's dark, distinctive vision of humanity, is composed with such narrative skill and verve as to render the bleakness bracing, the grimness utterly gripping. A significant and powerful debut." 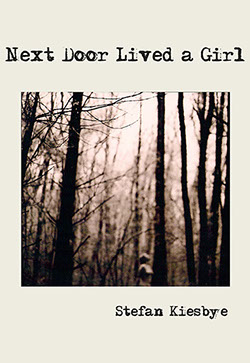 Next Door Lived a Girl